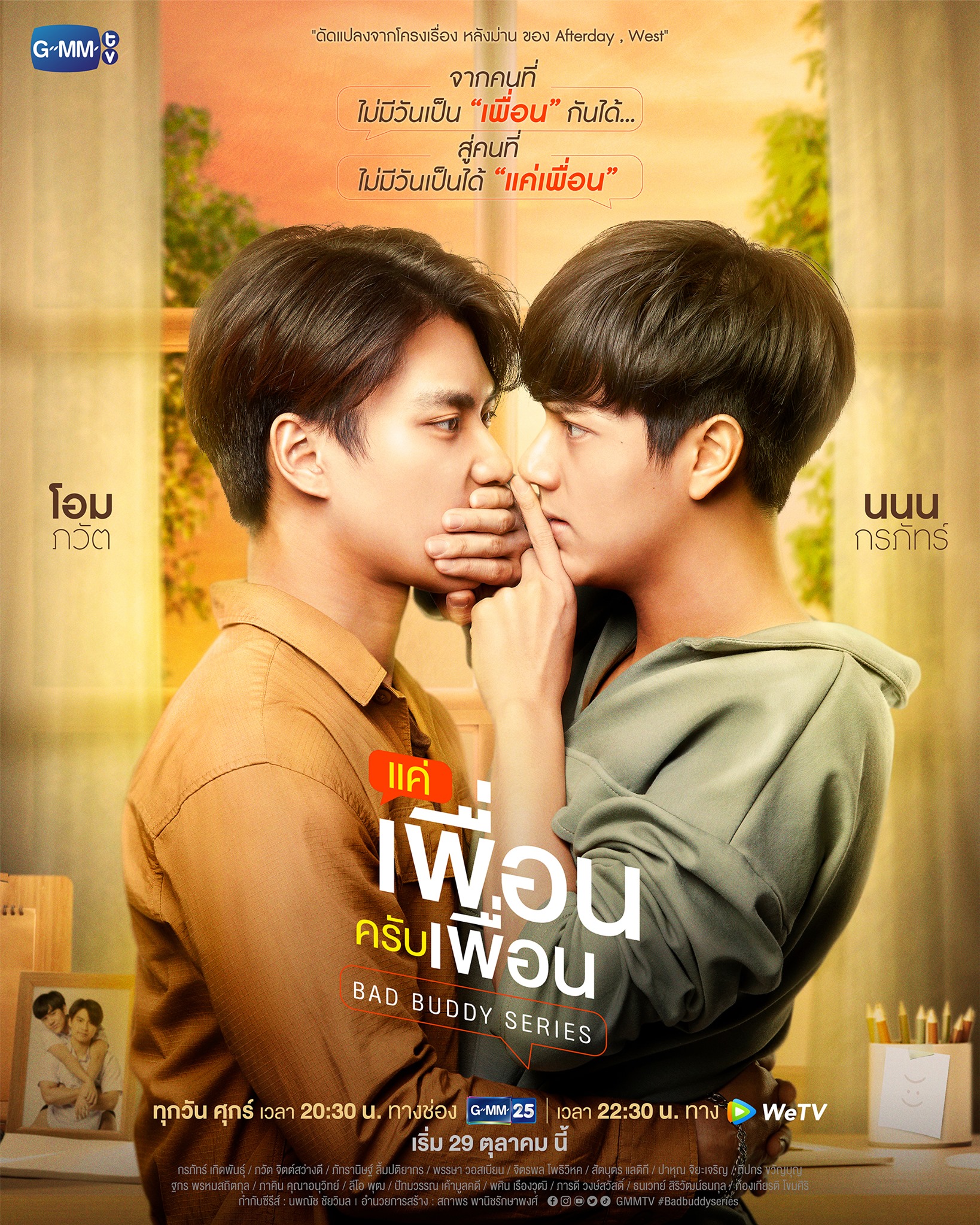 Pat and Pran are destined to be enemies. Their families own neighboring-competing construction equipment stores so the two families can never befriend. However, when Pat and Pran were in Mattayom 3, they had to form a music band together so the two boys were getting close. Pran started to have a feeling for Pat. Later on, Pat becomes the president of engineering students and Pran takes the president role of architecture students. As they are from two rival families, they make a secret pact to exchange information so that they won’t fight. They also develop a ‘secret relationship’ neither friends nor foes.