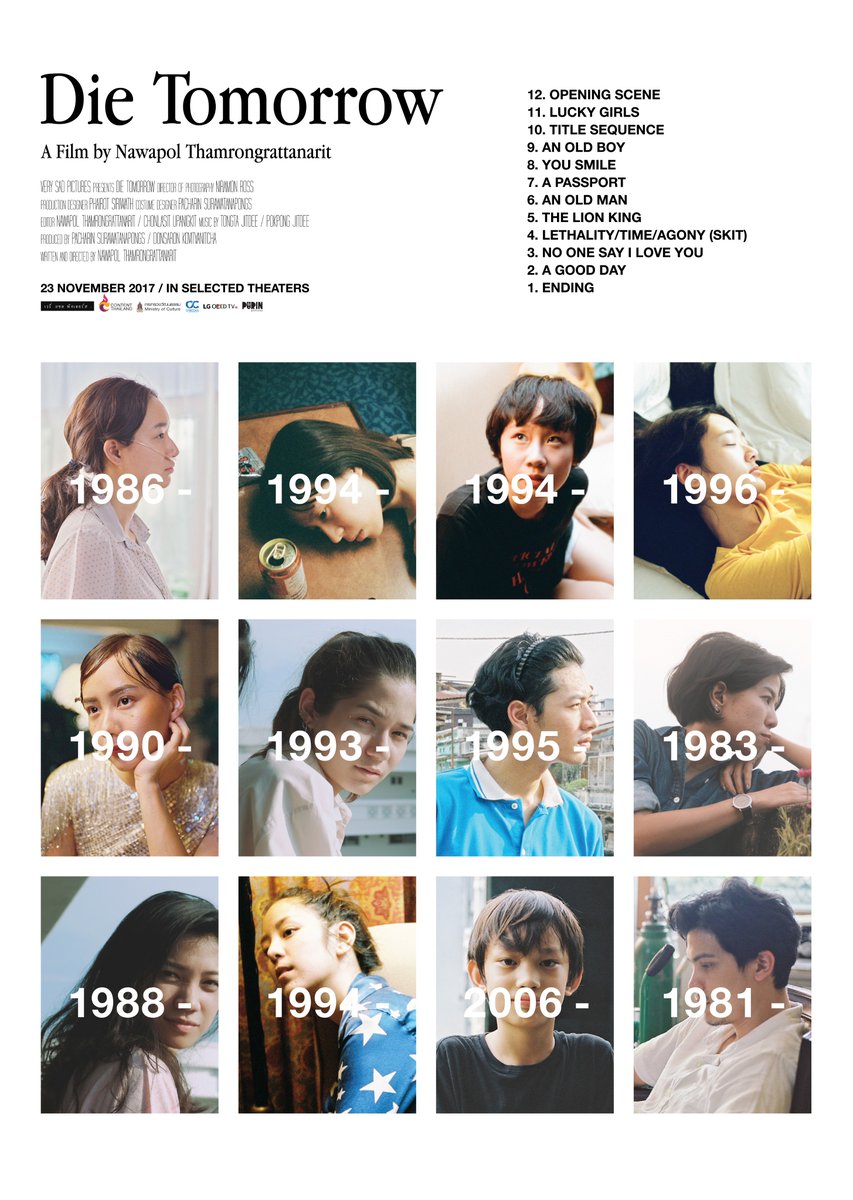 Death often comes unexpectedly – what happens the day before is usually ordinary: all the little things that make life worth living.

In Bangkok, friends celebrate their graduation, siblings meet again, a couple separates, an actress is waiting to be called on set. A sweet, melancholic and philosophical reflection on the fate and the ephemerality of life.