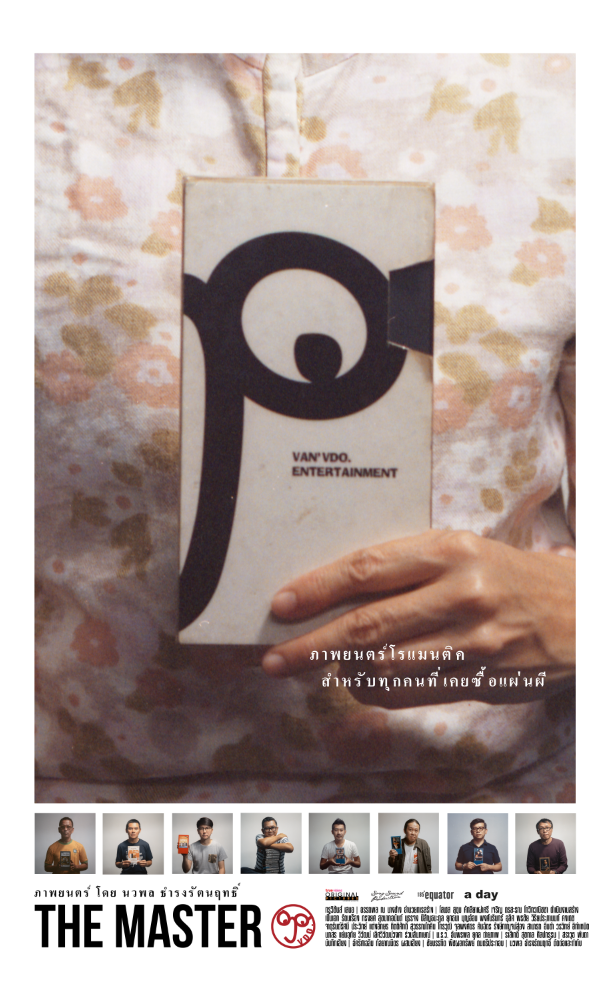 The Master is a documentary that takes its audience to have a glimpse of “Wan’s video”, the video shop that twenty years ago began selling non mainstream and classic movies illegally recorded on VHS tapes. For about a decade, it was close to being the only channel for Thai cinema lovers to take a look at other world pieces, films from various countries that have no chance to get distributed and shown in movie theaters. Strange enough, no one seems to really know Mr. Wan and he just plainly disappeared when his video shop went out of business in 2009. This documentary is told via interviews with several fans of the video shop, some of which used to work with Mr. Wan, and some are famous film directors, critics, lecturers, and art-house theater programmers.