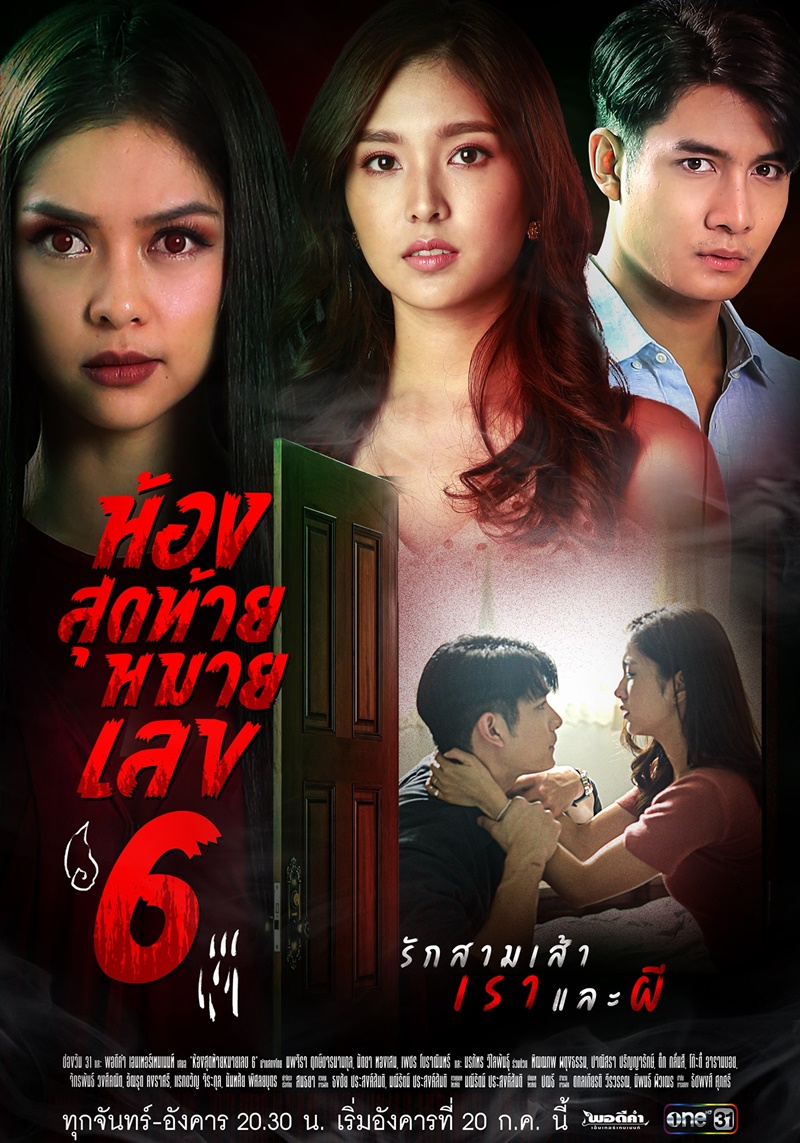 An ordinary girl Piang who was born with a sixth sense that makes her able to see any spirit, gets an urgent mission to take care of her aunt’s mansion. However, something scares her, and she faints before even reaching the room. She thinks she saw a spirit, but actually, it was just a ghost show her ex-boyfriend, Guy, who was filming a woman who secretly fell for him from room no. 6, Belle, starred as the ghost. After Guy learns that Piang has such a talent, he then asks her to help him make the show and sell it to a TV channel. Mysterious things happen when Guy edits the files and finds out that Belle completely disappeared from the scene. He asks her to re-shoot and Belle is more than happy to help; that’s the first time he finds he cannot see Belle in the mirror!

Guy is confused but eager to figure out the truth, he then asks Piang to help him investigate until both discover Belle is no longer living, so her spirit is haunting them. The only way to calm her spirit is to find her murderer, a secret even to Belle herself.