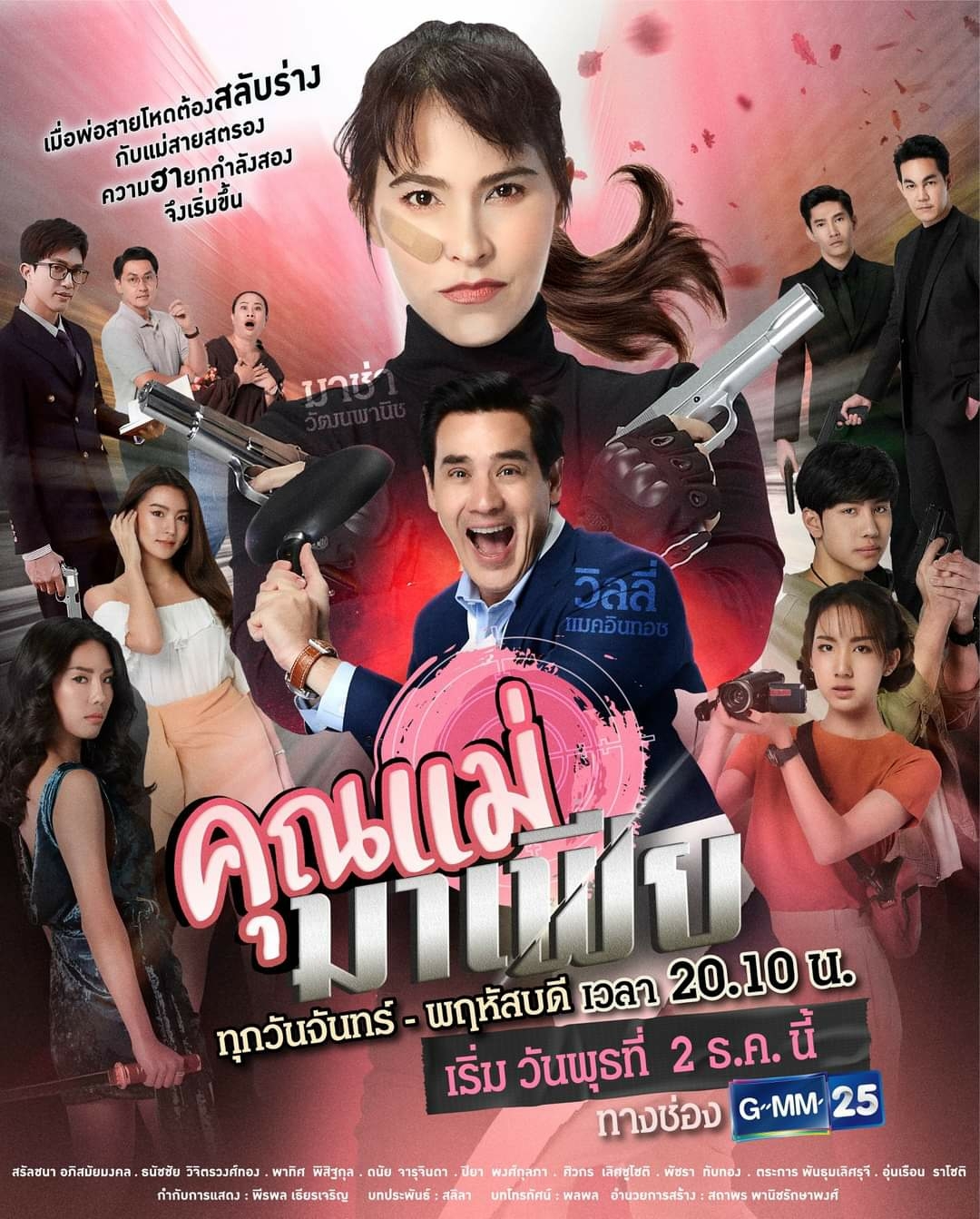 First love is always hard to forget. Payak, the big boss of Tora Group or Payak with the Wings Gang, returns to Pin, his first and only love in Thailand. Payak finds out that Pin is still single and has a beautiful daughter who is actually his child. Complication escalates when the assassinated Payak regains consciousness and reincarnate in Pin’s body after a car accident. His daughter has to take care of him despite her hatred. The father becomes the mother under unknown chaos, an invisible enemy, and nobody to trust.